This is going to hurt just a little bit - Ogden Nash

One thing I like less than most things is sitting in a dentist chair with my mouth wide open.
And that I will never have to do it again is a hope that I am against hope hopen.

Because some tortures are physical and some are mental,
But the one that is both is dental.
It is hard to be self-possessed
With your jaw digging into your chest.

So hard to retain your calm
When your fingernails are making serious alterations in your life line or love line or some other important line in your palm;

So hard to give your usual effect of cheery benignity
When you know your position is one of the two or three in life most lacking in dignity.

And your mouth is like a section of road that is being worked on.
And it is all cluttered up with stone crushers and concrete mixers and drills and steam rollers and there isn’t a nerve in your head that you aren’t being irked on.

Oh, some people are unfortunate enough to be strung up by thumbs.

And others have things done to their gums,
And your teeth are supposed to be being polished,
But you have reason to believe they are being demolished.

And the circumstance that adds most to your terror
Is that it’s all done with a mirror,
Because the dentist may be a bear, or as the Romans used to say, only they were referring to a feminine bear when they said it, an ursa,

But all the same how can you be sure when he takes his crowbar in one hand and mirror in the other he won’t get mixed up, the way you do when you try to tie a bow tie with the aid of a mirror, and forget that left is right and vice versa?

And then at last he says That will be all; but it isn’t because he then coats your mouth from cellar to roof
With something that I suspect is generally used to put a shine on a horse’s hoof.

And you totter to your feet and think. Well it’s all over now and afterall it was only this once.
And he says come back in three monce.

P.S. One of the school-time poems I remember quite frequently
Posted by Mystique at 10:59 PM

Aww! I never knew you felt this. Wish I could have been there, you know as the dentist! :P 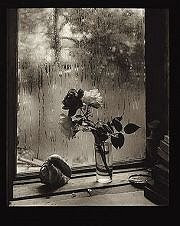